Turbo! is the third challenge on the list added on Antibirth; it is unlocked along with Cain, which is also the character on this challenge.

The game plays the same, but at a really high speed and your goal is to defeat Mom and doing so unlocks the Rune of Fehu.

This is essentially a common Antibirth playthrough as Cain with shops, treasure rooms same starting items.

EVERYTHING goes faster, the game itself runs at a higher speed including animations, sequences, the timer, Temporary effects. 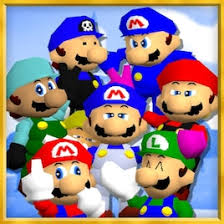